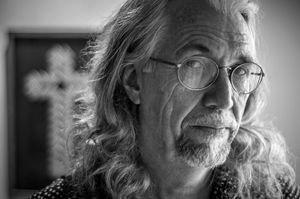 Phil moved to Los Angeles from Iowa in 1969 to play rock and roll.  His first band was Oskar, and was fronted by Lee Oskar who later formed War with Eric Burdon.  His second LA band, Crabby Appleton, had a nationwide hit in 1970 with the single "Go Back ", and recorded two critically acclaimed albums for Elektra in 1970 and 1971.

In 1979, Phil was hired by Tom Petty and The Heartbreakers as a percussionist and toured with them from 1980 through 1984.  He is credited on 16 of the 48 tracks on the Tom Petty Live Anthology collection.  During those years he also recorded with TP and the HB's in the studio, appearing on Hard Promises, Long After Dark, Live, and Wildflowers.  Phil is the drummer and percussionist on Tom Petty's "Freefallin'", "I Won't Back Down", and "Runnin' Down A Dream", which are Petty classics and his biggest hits, and played all the drums and percussion,except for one track, on Tom's most successful studio album, "Full Moon Fever",

Phil is the owner of "Phil Jones Robust Recordings" in Los Angeles.